Jewelry is a celebration of your life, a reflection of the milestones you’ve reached. Pair this with our meticulous custom jewelry design process and we create stunning keepsakes that shine for generations to come. Our staff can help you find the perfect piece of jewelry for any occasion or bring your one-of-a-kind idea to life with our custom design services.

Our team of jewelry consultants, gemologists, and on-site team of goldsmiths strive to delight you and exceed your expectations.

We combine the latest in computer design techniques with traditional old-world craftsmanship to create your next family heirloom. Whether it’s a new ring, or redesigning a family treasure, we will guide you through the custom jewelry experience. Contact Us to Get Started!!

State Street Jewelers has a full-service jewelry repair and manufacturing studio on premises. Our expert jewelers are skilled in all phases of repair and restoration. We employ the latest equipment including computer-aided jewelry designing, laser soldering, and engraving, but it’s our passion for fine jewelry that makes the real difference. If your jewelry is a little tired or worn, we’ll make it shine like new again.

Buy today or apply for terms upon approval from one of our preferred credit card providers.

Your option to finance with a credit card also brings you: 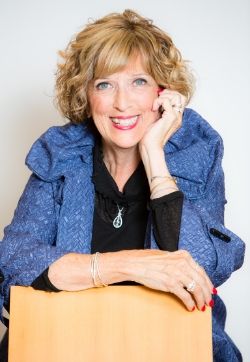 Louise is a proud mother of four grown children and happy grandma of many! Her life is very full. She received her Bachelors degree from Millikin University and a Master degree from Louis University. She has also taken several courses from GIA and AGS to enhance her work as a jewelry consultant.

Before coming to State Street, she taught elementary school for over thirty years. For the past twenty years, she's had the job of working here and being a part of many celebrations.

Also working in Geneva, she has been an active member of the Geneva Women in Business and a supporter of The Geneva History Museum.

Traveling the United States and Europe and learning from all creatures large and small are her hobbies.

Louise says, "I've been lucky enough to have traveled to Antwerp, Belgium several times to personally select diamonds for our customers. This is a "LOVE" profession!

As of January 1, 2021, Louise will be moving into a retired lifestyle!  Louise would still love to help you by appointment only. 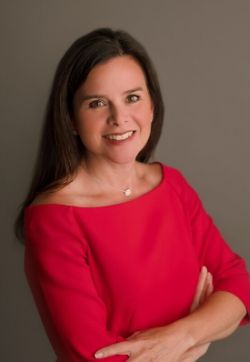 Aimee DesCoteaux-Rogowski is the newest member of our State Street team. She comes from a catering and event planning career.

She has received Accredited Jewelry Professional title from Gemological Institute of America and has completed the American Gem Society Graduate Sales Associate course since joining our team in November of 2019.

Aimee grew up in Geneva and is so excited to be back “home” again while serving State Street Jewelers customers. She enjoys cooking, reading and being a mom. Aimee resides in Aurora with her husband Dan & daughter Ellie, and their dog Luci. 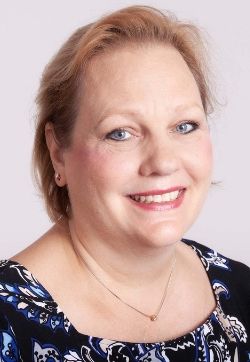 Peggy is thrilled to be part of the State Street family! She grew up in Virginia and received her B.S. in Political Science from James Madison University. She has always loved jewelry and remembers admiring her grandmothers' rings at an early age.

She has worked in fine jewelry sales for many years and loves finding just the right piece for her customers. Peggy has completed Jewelry Essentials and Diamond Essentials certifications from Gemological Institute of America. She has also completed the American Gem Society Graduate Sales Associate course.

Peggy lives in Saint Charles with two of her five children and her faithful chocolate lab, Basil. 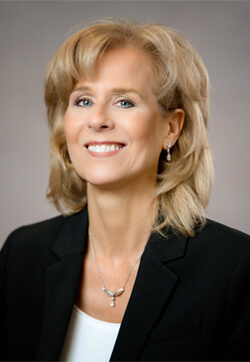 Wynn Fabbri has been in the jewelry business for 30 years. Starting as a bench jeweler doing repairs and light manufacturing and then moving on to retail replacement, estate and liquidation appraisals.

She graduated from Northeastern Illinois University with a double major Bachelor's degree in Economics and Business Administration with a minor in Advertising. Wynn worked in the insurance field before joining the jewelry industry. While working in jewelry, she completed courses with the Gemological Institute of America and obtained a Graduate Gemologist diploma and completed training with the American Gem Society receiving the title of Certified Gemologist and Certified Graduate Sales Associate.

Wynn has always loved collecting rocks and minerals and has had a hobby of making jewelry. Growing up, in addition to collecting rocks, she played the piano and has had a love of painting. Wynn paints acrylic on glass and oil paints landscapes on canvas. Wynn is married with three grown children. 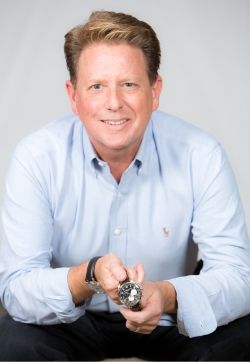 Jeff received his jewelry and watch training at Gem City College in Quincy, IL. He then began his career at a chain jewelry store until he started his own business called Suburban Jewelers Service. He then focused on jewelry repair for several different businesses.

In 1985, he formed a partnership to purchase Anderson Jewelers and later became State Street Jewelers. Over the next ten years, the business grew so successfully he moved it next door to a larger location.

State Street Jewelers made its final move in 2013 into the landmark spot on the corner of State and Third streets. He has enjoyed the jewelry industry and firmly believes without his customer focused staff and the wonderful community of Geneva, it would not have been possible.

Isaac Kornhauser has been a jeweler, jewelry designer, and an artist for over 40 years. He was fortunate to have had the opportunity to apprentice and train under his father, a distinguished diamond setter trained in Mexico City. Following his apprenticeship and training, Isaac attended and graduated from the Fashion Institute of Technology in New York, honing and refining his skills as a jeweler and jewelry designer.

Isaac resides in Cary, Illinois with his wife, Ellen, and has two grown daughters. 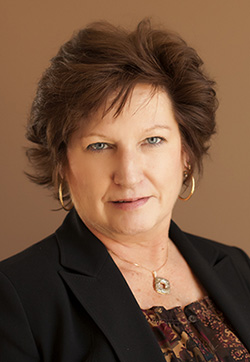 Trina started in the jewelry business in the Quad Cities at a trade shop that did work for many jewelry stores in the midwest. She went on to be a shop manager and then do freelance work in her own shop.

After getting married and relocating to our area, she now does bench work here at State Street Jewelers. 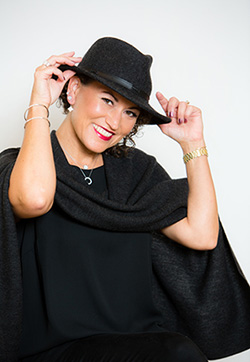 Heather began her career surrounded by jewelry in her grandparents store in Michigan. Her passion for diamonds and gemstones led her to California to pursue a certification from the GIA Graduate Gemologist program. Here she gained the comprehensive knowledge of diamonds and colored stones you need to succeed anywhere in the jewelry business. She completed the GIA program in 1991.

Heather has been part of the State Street Jewelers family since 2004. Her role has evolved from jewelry consultant to an expert in diamond buying in Antwerp. She has traveled several times to personally shop for our clients over the past 16 years. Heather has taken on a large role in inventory management and continues to utilize her GIA certifications with appraisals and custom design for all our customers! 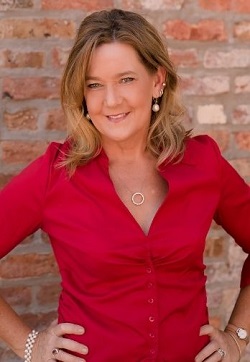 Mary's passion for creative expression has been a constant in her life for as long as she can recall. Her love of the arts led her to pursue her Batchelor of Fine Arts from NIU. Mary's 30 years of design and management experience has allowed her to provide her clients with the highest level of professionalism and creative design solutions.

Her greatest joy comes from seeing the sparkle of delight in her client's eyes as they try on their new jewelry for the first time. Knowing they will enjoy it for a lifetime and pass it on to the grandchildren is especially satisfying.

Michael started in the jewelry industry as a diamond courier. He quickly decided to buy some tools and try to “figure it out” as a future jeweler.

He began to study diamonds and gemstones with numerous intensive courses on Wabash Ave in Chicago with Eitan Tashey. He worked at a few different locations over the years and realized this was his passion. He chose only to learn from the best and pursue a career in jewelry! He has progressed to a bench jeweler eager to learn and expand his skills and knowledge! 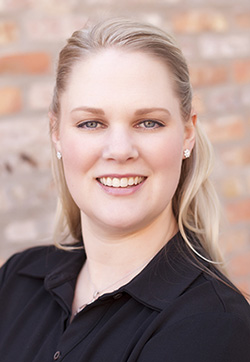 Laura's passion for jewelry began at an early age when she wore her mother's best pieces to school at the age of 10!

She went on to turn her passion into a career. She graduated from NIU in 2005 with a Fine Arts degree with an emphasis in metalwork and jewelry design.

After NIU she studied Gemology through GIA and is currently working towards becoming a graduate gemologist. Laura is now our full time Sales Manager.

She has been with State Street Jewelers since November 2006. 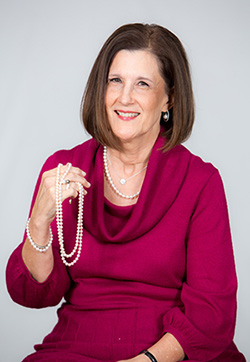 Martha grew up in Geneva and has always loved the downtown. When her daughter was young she was offered an opportunity to work at Anderson Jewelers thinking she would work a couple of years. In 1985 the Anderson Brothers sold the business and it was changed to State Street Jewelers. Martha remained working in sales and helping with all aspects of the Business.

Over the years Martha has enjoyed meeting new people and volunteering in the Community, organizing the charitable events and donations that have become a part of the Culture of State Street Jewelers. 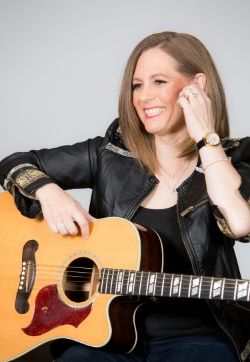 Marci was born and raised in the wonderful, small town of Geneva. While in High School, she started working in a family owned jewelry store in St. Charles where she began her love and passion for diamonds and colored stones. After high school, Marci attended the prestigious Gemological Institute of America (GIA) in Santa Monica, CA. where she earned her Graduate Gemologist degree. Marci has also completed the American Gem Society Graduate Sales Associate course. Her 35 years in the business brings a wealth of knowledge,experience as well as creativity in custom designs.

On her days off, Marci enjoys playing tennis, golf, going to concerts, and playing guitar at her church.

"Simplicity is the keynote of all true elegance."
- Coco Chanel 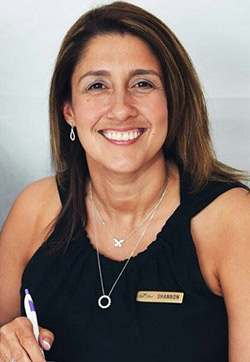 Shannon joined our team in 2010, but has grown up around the store helping with special events and projects since she was in high school. After a career in new home sales and design she took off time to spend with her family. She has been with us ever since.

She loves helping repair and redesign your family treasures and helping you commemorate the special moments in your lives. She has been certified by GIA as an Accredited Jewelry Professional. 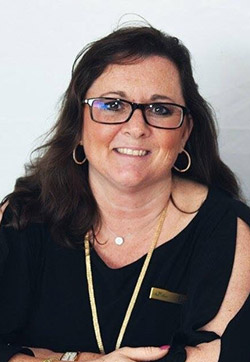 Kelly was born and raised in Geneva, IL. She and her husband have raised 5 children in her hometown of Geneva.

Kelly has had a career in several areas, education, technology, event planning and marketing. She provides our operations support, accounting, graphic design, website development, and social media marketing. She is an active board member for Geneva History Museum and Geneva Women in Business.

She joined our State Street Jewelers team in 2012. 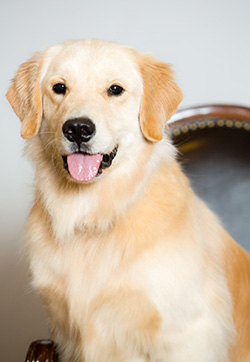 Payson grew up just south of us in Romeoville until he found his forever home with our owner, Jeff Hampton. He received his official training at Doggie Boot Camp. He enjoys long walks and frequent treats. He enjoys sunning in our windows and loves to greet all the local dogs with a howling bark as they pass by. Payson achieved his title of Director of Customer Relations from our lovely customers who generously shower him with treats and lots of love and affection!

get exclusive offers and news.

Don't have an account? Enter your order number and email address below to track your order.